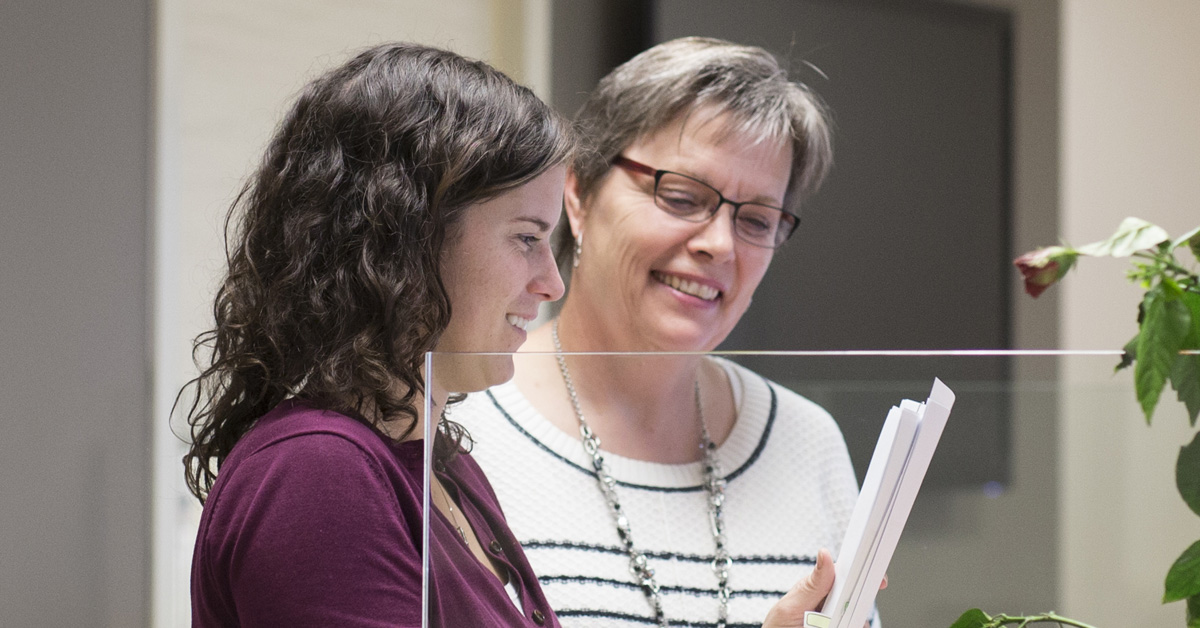 Annette was an Administrative Assistant for the MD during the May 2011 wildfires.

II was called late Saturday afternoon to come into the MD office to help with fire evacuation calls as there was a fire burning south of the Southshore area as well as one east of town in Mitsue. So began the fire adventure of 2011. As I drove towards town it was clear that the fire in Mitsue was of great concern.

At the office we began by making evacuation calls to the Mitsue area residents – the fire was raging and there was little time for anyone to make any kind of preparations – get out now. It all felt like a very bad movie – so surreal in many ways. Aside from making calls, later in the evening I assisted our Chief Administrative Officer Allan by making running notes on what was happening – the calls that were made, the calls that were received and the decisions that evolved; everything had to be recorded with times and details. As the evening ran on, a few homes were lost in the Poplar Lane area and people began to come to the office with their stories – this bad movie became a scary reality. I stayed at the office until almost midnight.

While the fire east of town took precedence, the fire south of Canyon was also a concern and as I drove home at midnight, I could see the faint glow and I wondered what the morning would bring. At home Steve and Liam had done some preparations packing a few items into suitcases in case of evacuation but it all felt so futile – it wasn't real – it wouldn't affect us.

Sunday I left to go to the office at 6:00 am. The air was calm – no smoke was visible – it felt like it was over. At the office I remember fielding calls from Poplar Lane residents who were eager to get back home and start assessing the damage. Some had animals they wanted to rescue and many were angry that we were not removing road blocks. We were told that there were still too many hot spots to attend to but looking out the window it seemed like this was being overcautious. But things changed; as the day wore on the wind began to pick up and the situations with both fires only worsened. I remember at one point the question was raised "Shouldn't the town be put on evacuation alert?" I cannot remember the time this was asked, it was still early on, but I remember thinking "That's a lot of people to prepare." We were told that the "town was defendable" and I never really thought about the town's folks again….we were too busy. We had to make more evacuation calls to evacuate Southshore; then the office was under threat and so we had to pack up things of importance – everyone was super busy – I never stopped to think where the fire was heading, where my family was, what would happen next – time just raced by as we just kept doing whatever was needed.

Later in the afternoon I recall looking out the east window and seeing the smoke. The fire was threatening the VIC centre. Our office was now in peril…we had to leave! I remember Lana leaving in a hurry, then we evacuated to the Town office. More evacuation calls had to be made: Marten Beach. .Jennifer and I started making those calls. It seemed as though no one was unaffected, I briefly wondered where and when and how this would all end. I recall the electricity faltering. The smoke was thick outside of the office windows. Still we were told that we were in a safe place, so why did I not feel safe? At one point someone shouted that there were fires in the parking lot – Jennifer and I decided to flee .I hobbled to my truck and as I drove away I felt so afraid and so alone…the world around me was in such danger and, although I never really feared for my life or anything, all I knew was that I had to get out. This was not easy as the streets were clogged with traffic and people driving with little regard. I did eventually manage to get onto Main Street and to the Canadian Tire parking lot where I found my family. Luckily Liam had a Red Deer cell number and I could ring through to him and let him know of my progress as they too were worried.

In the parking lot we sat and watched and listened as the town burned, the exploding sounds were awful and each one meant something else was lost. We thought each pop was a barbecue but it turned out that the explosions were car tires; equally as unsettling. Our friends were with us and we knew their house was gone, and so many others too. It was devastating to watch. Eventually we decided to join the throng and evacuate. It must have been supper time, 6:00 or so…not sure. As we headed east we decided to go back into the MD office. We grabbed a bite to eat there and waited to see if anyone would arrive. I think Allan came in after a time but there really was no reason for us to stay so we carried on, next stop the Pulp Mill. As we drove east we could not believe the devastation already left behind and I felt like I was deserting a place that I should stay to help; such mixed emotions. At the pulp mill we shared a few tales with others then headed east. It was dark now and we drove along in a long line of cars all fleeing a situation that was out of our hands; it was so unsettling. We stayed the night in Westlock, sleeping due to exhaustion but not feeling very secure in tomorrow.

Monday morning after registering at the evacuation centre we drove to Flatbush. My sister wanted us to go to Mayerthrope to stay but I felt like I should go where I could be of help and where I could hear about what was happening back in Slave. So that is where we spent the next three days. Steve and Liam whiled away the hours and I helped man the phones and not much else. The information that was coming our way was sparse. We watched news clips and were in awe of how devastating the fire had been. We felt sick for all those that lost so much and we waited for more news. Calls came in but we had little to give them, we felt so very helpless. Wednesday night I took Steve to Emergency in Westlock and we ended up in Edmonton for a few days while he was seen to at the U of A hospital. From there we went and stayed with my sister until Monday the 24th when we were asked to return to town, Steve and Liam to be housed at Slave lake Pulp and back to work, me back into town to assist in the office. This was the beginning of a very busy time.

At the EOC I was so impressed with the level of organization and levelheadedness I witnessed – this was already a good week into the operation, the work was going along at top speed, the goal was clear: get to the point of allowing people home. I worked mainly at the office getting things back into order and manning phones. I felt a little left out as the main work and action was definitely at the EOC and I was not included…but there was still a lot to do and I just kept busy.

I remember the first night we were given a very quick tour of the town and the devastation that was left…it was so overwhelming. So many homes lost, the streets were unrecognizable, there were no signs of life, no sounds, no action – the town was a war zone. I wondered "Where do you start to rebuild?" It was very overwhelming.

Thursday evening we were allowed home and I will always remember the feeling of absolute thankfulness as we sat in our living room that night just so grateful that we still had our home. We had lots to do but all we did was sit. We felt so blessed.

Our homeless friends soon became our "driveway dwellers" and for 4 ½ months we shared our space. I will always wish that I had called them on that Sunday to say "Pack your precious items, this doesn't look good", but hindsight is always 20/20. Having them live with us was the very least we could do.

Now, six months later I cannot believe the amount of work that has happened both in the town and the MD. The recovery efforts are showing signs of real progress and it warms my heart when I see all the building that is going on. As well when we drive through the south shore area I marvel at the work that is progressing, we are a resilient people and there is hope and a sense of moving forward. I know that it hasn't been easy for so many…their journeys are much more difficult than my own. I admire them all in what they have gone through and know that our communities will grow and be stronger for the experience. In many ways I feel privileged to have been a part of it all.