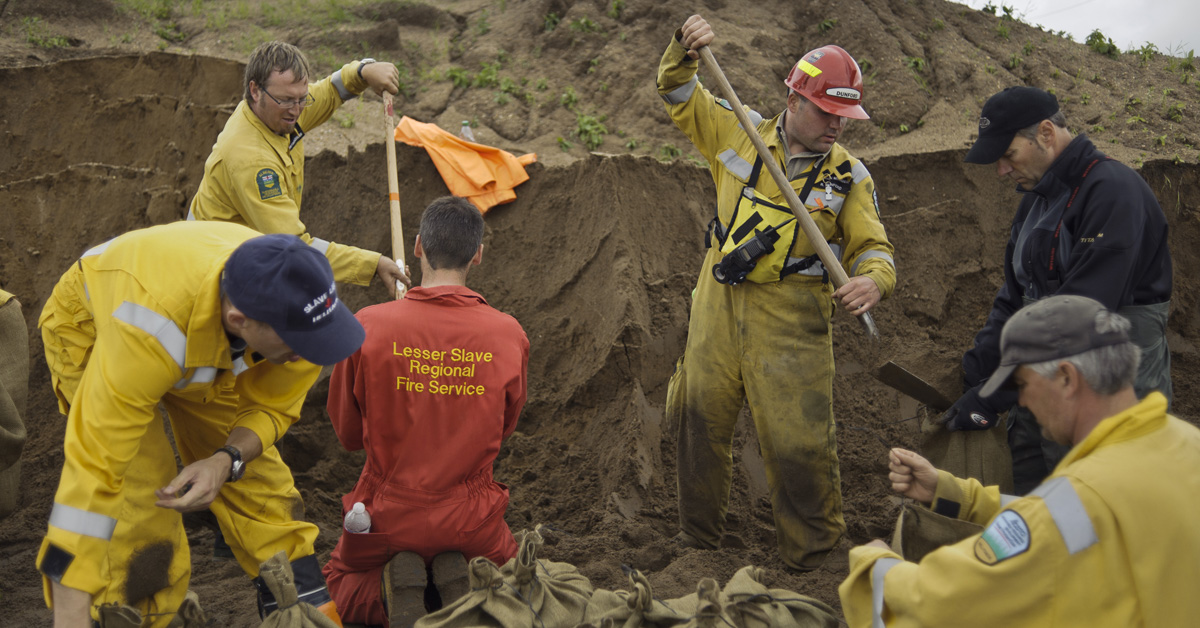 Charlie was the Director of Field Services for the MD during the May 2011 wildfires.

I arrived at my new job with the MD in the mist of some very exciting times. The fire was only a few weeks old and the town had this haze and aroma of something abnormal. You knew home was a long distance away. My first two weeks were spent with Disaster Services at the college where the command centre was set up. Being new meant the town was a place where disorientation flourished, and there were many new faces with a swarm of problems and requests requiring immediate attention.

Questions varied. "Where do I stay?" "When can I return to the MD?" "Is our house still standing?" "What are the underground services like?" "You'll have 10 semis with relief goods delivered tomorrow, where do you want them?" "I need some help. Where do I go?"

As we became more familiar with surroundings and tasks, it became clear I was working with a lot of dedicated people. Our goals were to accommodate as many of them as possible with the most accuracy available to us. From this encounter, going into the emergency flood was just a continuation of the fire disaster. We had a bridge that was burned. The flood lifted another bridge off its moorings. Some of our roads had over one meter of water over them. From attempting to assess fire damage, from heavy equipment utilizing our infrastructure, to this mass of water over five weeks, the working field did not slow down.

It should be noted that a lot of help was provided and offered to help combat these disasters. Our Municipal Affairs Minister probably stated what we all wanted to hear. Minister Doug Griffiths said "We are talking about a natural disaster on a scale unprecedented, so to see the way the tri-council has come together and the way the partners have provided resources that are still flexible to allow the communities to rebuild in a fashion that they see fit is incredible."

Being part of this does not leave a lot of stones unturned.